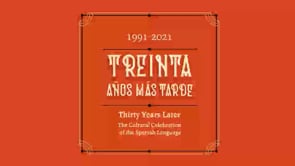 In 1929 the Spanish poet Federico García Lorca undertook a voyage to New York which turned out to be a tripartite journey of discovery.  In  POETA EN NUEVA YORK, written during and after his stay in the city, he chose a surrealist style to describe his encounter with the metropolis.  The poetry is an example of “cultural shock”, an exploration of an alien world undergoing a national crisis, the Great Depression, with its desperation, disorientation and economic chaos.

The third aspect of this voyage -and analyzed in this article-  is the poet’s confrontation with his own homosexuality.  In Spain, at that time, the topic was not often expressed directly, but had to be “encoded” in a more oblique, indirect manner. Surrealism, with its abandonment of logical, rational  imagery and its use of dreams and the unconscious, lent itself perfectly to this task. This article analyzes the theme in the poem RUINA (Ruin) , a key poem from the above-mentioned book.